Sometimes family historians hit the genealogical lottery.  I felt like today, it was my turn.

My phone rang just before lunch. I almost didn't answer, feeling certain that it was someone wanting to extend my car's warranty. I took my chance. I heard a lovely voice on the other end of the phone. After confirming it was me, her next words were "I am the granddaughter of Lillian LeRoux."

As soon as I heard those words, my eyes teared up. I knew Lillian, although I never meet her. She was the best friend of my great grandmother Louise Gauthier Besner. I have wrote about Louise,  trying to piece together her short life. (see below link for her story)

Carol (and I hope I was not too excited to screw up her name) began to tell me of a photo album, always present in her grandparents home. This in itself was surely not unusual, but this photo album wasn't a family photo album.

As a child, Carol would ask who it belonged to. Lillian would not say much, only that it belonged to a close friend of hers. The inside cover indicated the friends name. Louise Gauthier. My heart skipped a few beats.

Many years later, Carol was older and visiting her grandparents, she began looking through the album again. Once more, she questioned Lillian. Again, Lillian told her it belonged to a close friend. Carol could tell her grandmother was very sad. Lillian went a little further this time explaining that Louise committed suicide, and she was keeping this album for her daughter, but she did not know where she was. She explained that a chest had been dropped off on her front porch by Louise's husband John, also a close friend. After leaving the chest,  John and his little girl disappeared, the LaRouxs never saw him again. The chest contained some of Louise's things, including the album.

Louise death certificate did not indicate suicide, although Carol and I, both nurses, discusses the strange cause of death as gastroenteritis and collapse of the heart.

John though, DID commit suicide, 5 years after Louise's death. According to the newspapers he also left  note on the LaRoux's front porch. The below article outlines events in great detailed. The article also mentions a trunk (could that be a chest?). 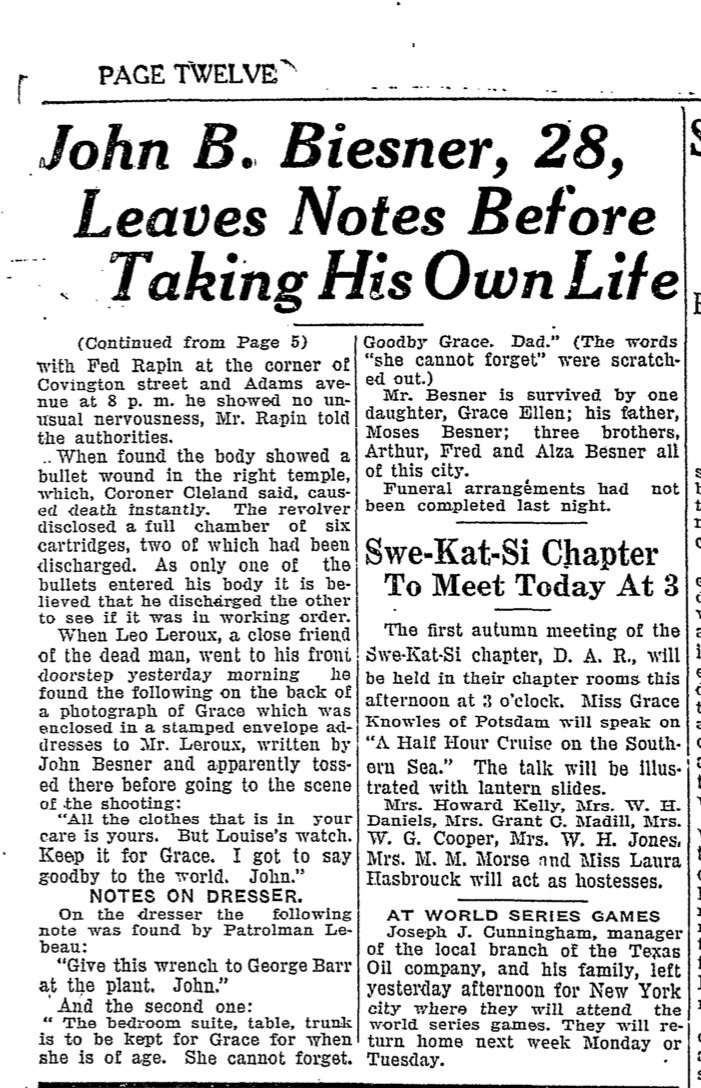 Carol remembers the chest.  It sat undisturbed in the spare room at her grandmothers for years. She didn't know what happened to it after Lillian passed away.  The album came to Carol through her father, after he died. Carol always remembered her grandma wanted it to be with Louise's family. A few years ago she looked for us, with nothing to go on but Louise name, at that time, nothing turned up. Recently she searched again and found my blog. Today we connected. I told her if nothing else ever comes of my blog, this would have been worth it.

We talked for over 45 minutes, like old friends. She vividly described the pictures to me. Telling me how easy it is to feel Louise's sense of humor and the fun she had with her girlfriends. She is planing to send me the album. I was bursting, with excitement. I  wanted to drive out there to see her, and this treasure.

We plan to meet when the COVID situation calms down, she lives only a few hours away. We both imagined our grandmothers would be smiling down at us. It was raining hard today, but I can tell you there is only sunshine in my heart. I can not stop smiling.

Carol was wonderful enough to text me a preview of some of the photographs. Louise's captioned many of them. 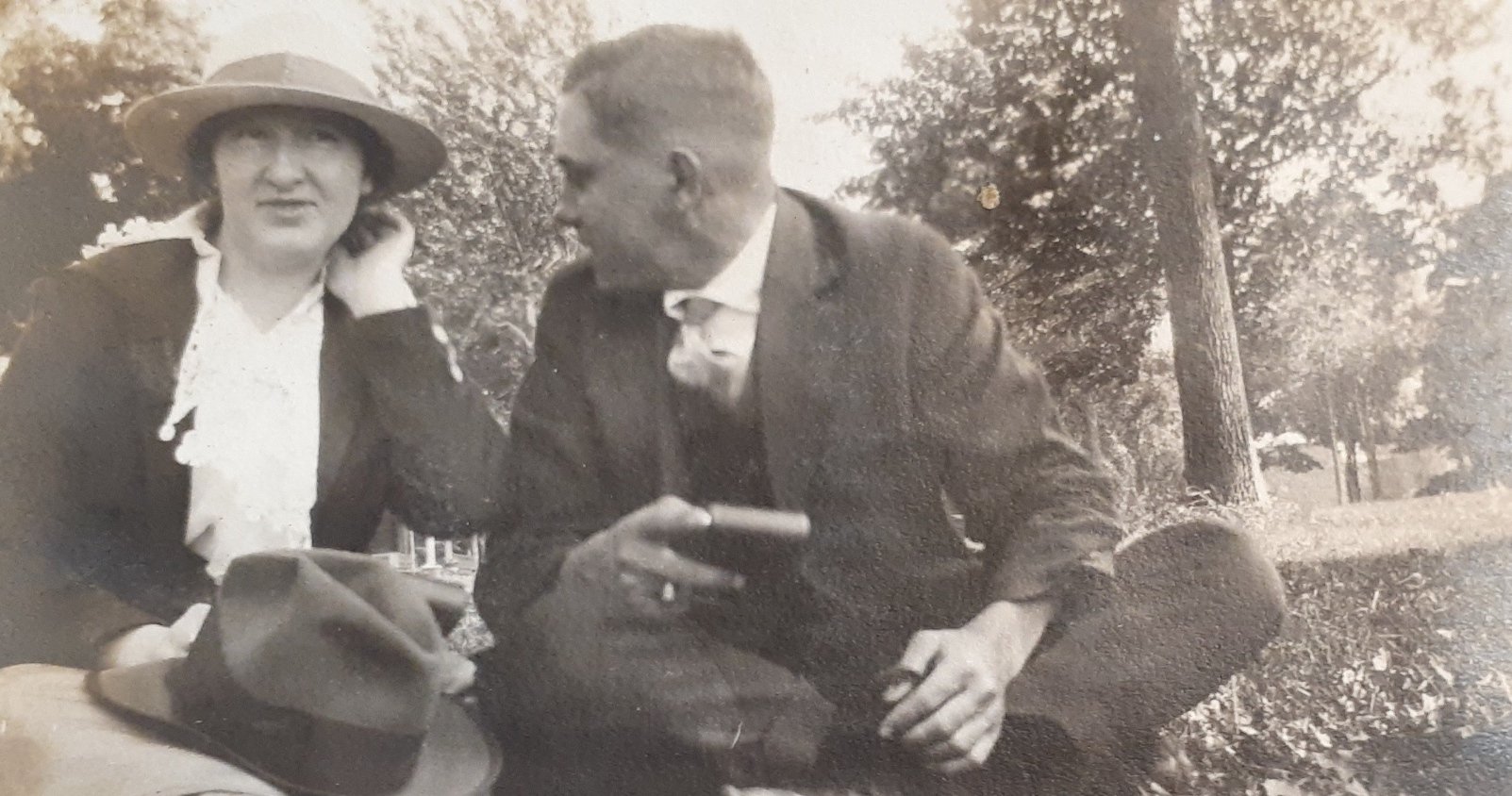 This one said: Myself and John

Lillian LeRoux is on the left kicking up her heels, Louise is in the middle.

But my absolute favorite one....

This album survived for over 100 years, lovingly cared for by a best friend, waiting to reunited it with a family who always felt a missing piece. I can not thank the LeRoux family enough for caring for this treasure all these years and finding it home. I can not wait to see the entire thing and share a coffee with Carol.